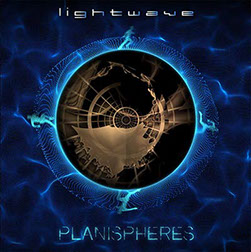 Since their beginnings in 1985, the group Lightwave have followed a particular road on the map of « new music à la française”: Travelling  from  minimalism to electro-acoustic expression and to musical forms like electric trance, Lightwave is using the latest technology  in order to reach sound spaces that are yet undiscovered.

The music resembles a sequence of sound adventures, or sound architecture, and takes the listener into a musical environment corresponding to that of a film, where he or she can invent their own scenario and images.

Thanks to an approach to old and modern electronic music equipment which is both playful and intuitive, Lightwave explores a poetic and sensual world and plays with sound as one would be with colours, shapes, objects or dimensions of space. On stage as in the studio, they will prefer to create music which is both direct and interactive, compositions which grow while the listening and the exchange between musicians takes place, like in a jazz trio or an improvising string quartet.

In the course of the eight albums now on release (originally in France, Germany and in the USA respectively), the music develops freely, between concept and imagination, between geometry and a labyrinth. Acclaimed by the professionals, Lightwave’s music has also attracted big audiences in concert events and through spectacular sound installations, for example in the biggest industrial gas storage construction in Europe (Oberhausen, Germany) or in the depth of the Choranche caves in the French mountainous region of the Vercors.

Since 2001, Lightwave is signed to the label « Signatures » created by national Radio France Musiques, releasing first their album “Caryotype” and now a new production, called “Bleue comme une orange”, on release since January 2004.

Currently, the group is in the process of developping music structures combined with video sequences which will be presented during forthcoming concert and installation events.