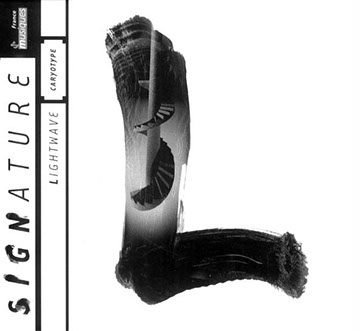 On the verge of the twenty-first century, thanks to international scientific cooperation of hitherto unprecedented proportions, the compositional make-up of the human genom was finally charted in its entirely.

Kindling great hopes for the alleiation of the suffering of mankind, while awakening ghostly dangers of its misuse should science lose its soul, genetics is also a source of inspiration, a compositional paragon for the artist.

Its laws, its geometry, and the spacing of its combinations, recurrence and sequencing are inherently rythmic, both sonorously and visualy, as are the rudiments of encoding which transmit the fundamental matrix information necessary to the perpetuation of the species and life itself. With its vacbulary and syntax, the genetic code is the most fundamental of all human languages.

The charting of the human genom is the cornerstone to the biological universality of our species, founding the fraternity of a united humanity subject to the same laws and open to the same potential, a fraternity of blood, whatever the skin-colour, life-style, standard of living, culture or religion.

To be human now declines in thousands of ways, through turns of style that make each person unique and incomparable, with his own story and his own characteristics, and through the biological but also cultural memory that genetics passes on as a bequest in specific times and places.

Thousands of differences coexist in the universality of living together : voice, timbre, body language, the aura of a face, talents and destiny, the trajectory wich makes each human life an accomplishment and a meteor.