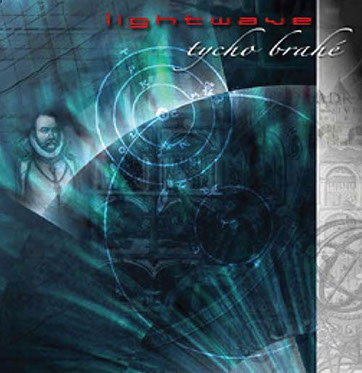 Poetic of the spheres

The art of clockmakers

Tycho on the moon

Hymn for the guild of astronomers

astronomy is the poetry of the sky...

Tycho Brahé (1546-1601) the astronomer who lived and worked in Denmark on the verge of the 17th century, was one of those scientists who had a vision of the sky, its mechanisms and its eternal order.

His vision was so strong that it carried him to fighting with colleagues to defend an astronomical point of view or a mathematical conviction. He was certainly right, but his determination left him with an injury which forced him to wear a nose made of silver for the rest of his life.

The power of vision and the dream of space inspire arithmetic formulas and geometrical shapes as well as the patient measuring of stellar positions. In this context, the renaissance scientist dialogues with Ptolemy of Alexandria in the same way as with today's astrophysician.

The observation of the sky by the naked eye or through the first, simple optical devices, the inventory of the stars and the anticipation of their trajectories, the maps of the sky or armillary spheres animated by delicate clockworks; the view of a meticulous eye discovering the infinitely big and the infinitely small, a passion for detail and metaphysical vertigo - Tycho Brahe's astronomy is the music of the stars.

Lightwave dedicates its second recording to Tycho Brahé. The music glides gently and harmoniously, creating sound sculptures, bringing movement, images, and new perspectives, riding the edge between consciousness and dream. Tycho Brahé travels through time, from the soaring spires of ancient cathedrals to the infinity of the sky
above us.